Regular meetings of the board are held on the third Tuesday of each month. July is dark. Closed session begins at 6:00 p.m., and open session begins at 6:30 p.m. Meetings take place in the Multi-purpose Room at 3901 North Mesa School Road, Somis, CA.

These five responsibilities represent core functions that are so fundamental to a school system’s accountability to the public that they can only be performed by an elected governing body. Authority is granted to the board as a whole, not each member individually. Therefore, board members fulfill these responsibilities by working together as a governance team with the superintendent, principal, and our talented teachers and staff to:

Each of the Board of Trustees would appreciate and welcome your ideas and thoughts as we strive to move the District forward. Please contact by through the email address provided below. 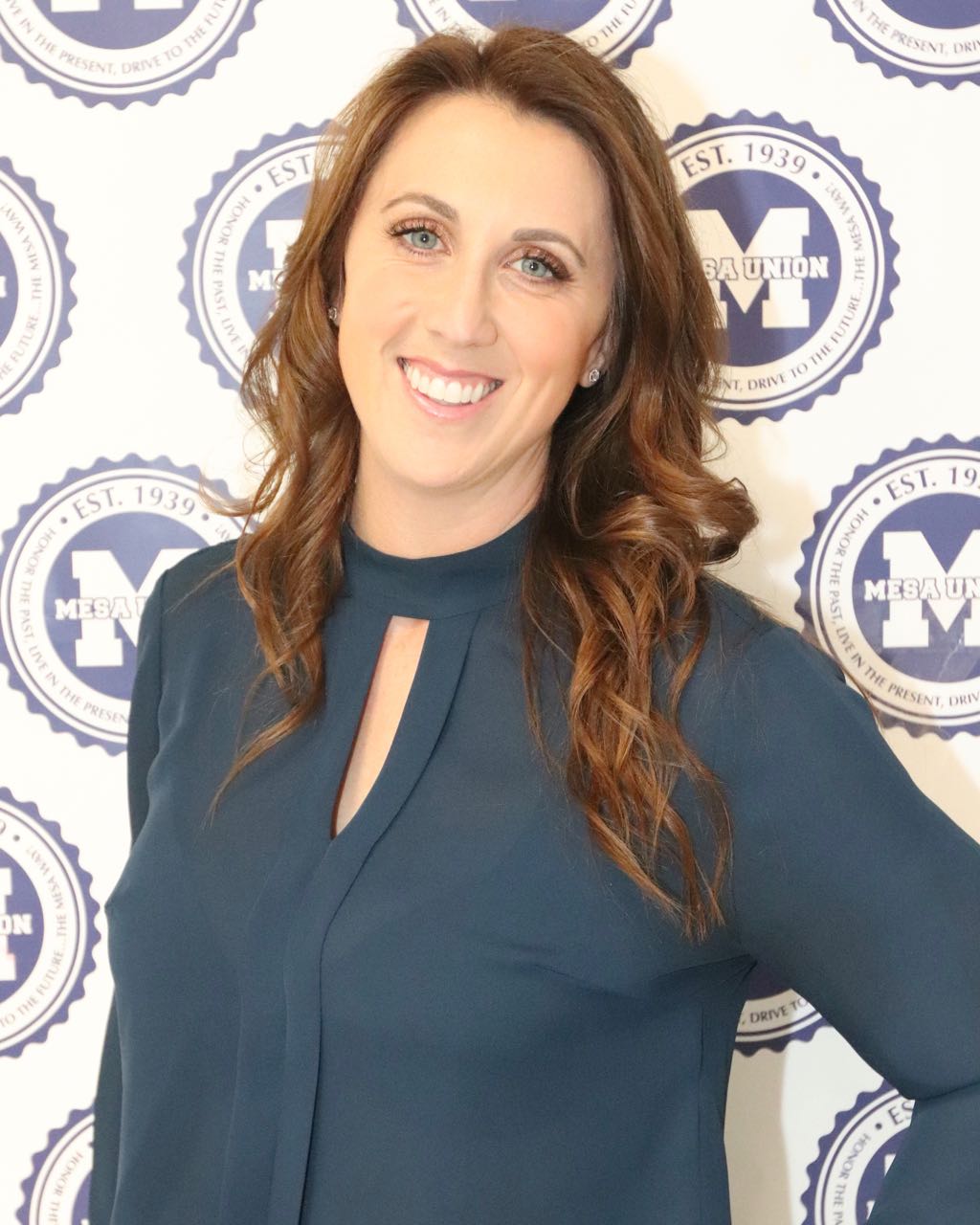 ABOUT ME: I was born and raised in Ventura County and come from a 6th generation farming family in the Las Posas Valley.  I take pride in what Mesa is and can be through the love of our staff and educators.  I am a married mother of 3 and also attended Mesa Union as did my Grandmother, Mother, Sister, and children.   Professionally, I am a REALTOR and helping clients with their biggest asset is my passion.  Philanthropy is my pastime and I enjoy the opportunity to help in our community where the need appears. 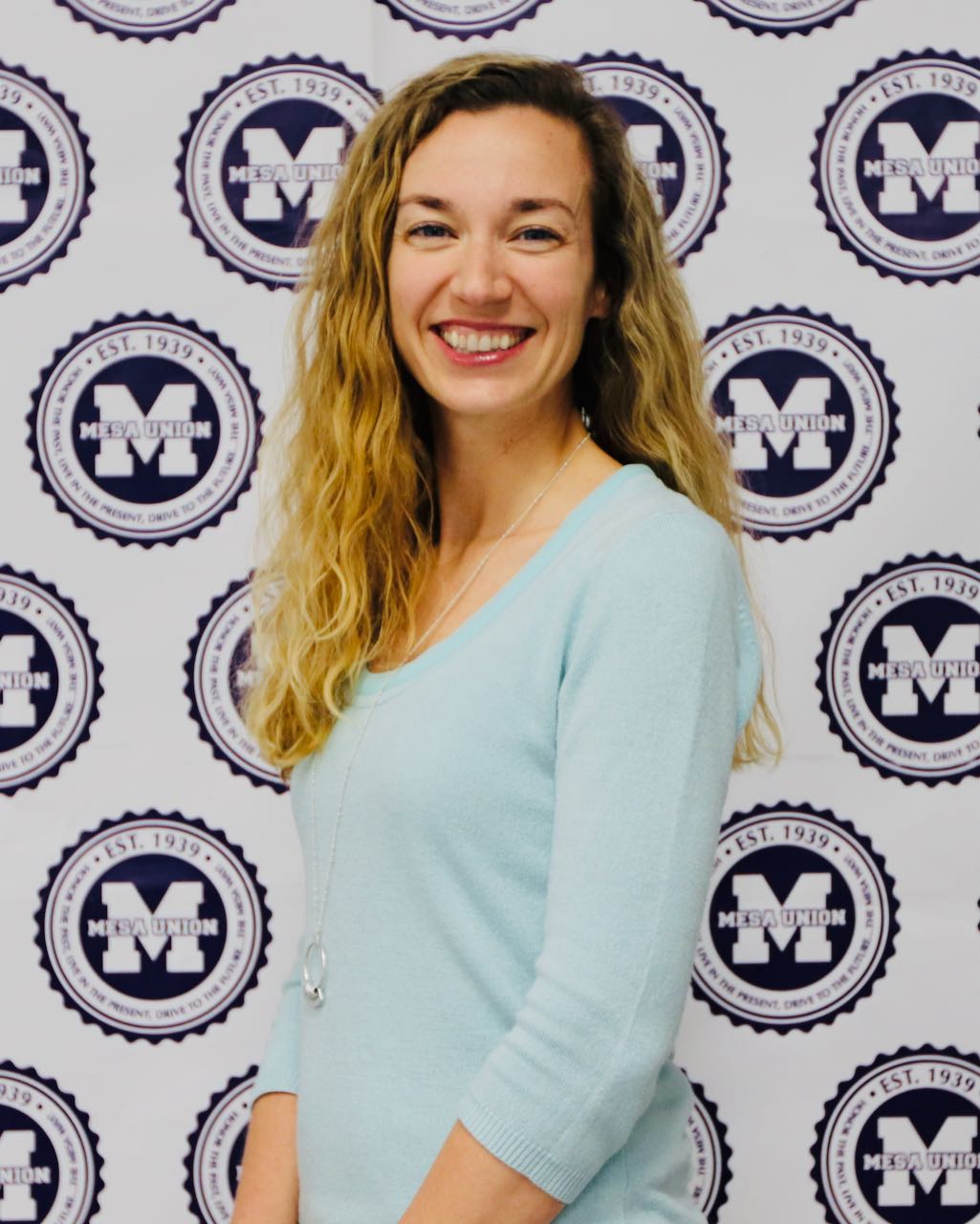 ABOUT ME:I grew up in Hollister CA and attended a small country K-8th grade school very similar to Mesa Union. I can remember having great teachers, playing (not very well) on the volleyball and basketball teams and finding a love for music in both music class and choir. I have a desire to enable our Mesa Tigers to have a similar experience.

After high school, I attended the University of California at Riverside where I studied environmental engineering and was active in volunteering clubs. Since graduating, I've worked for an environmental consulting firm, Ashworth Leininger Group. As a consultant I get to work with a wide variety of companies and truly feel as though the work I do has a positive impact on our planet.

My husband and I have two children at Mesa Union. I'm encouraged that students at Mesa Union School have the opportunity to actively participate in a rigorous and rewarding academic environment enriched with visual and performing arts, technology, robotics, athletics, and other extracurricular activities. As a fan of all of the mentioned items, you'll routinely see me and my family at various school activities. I take my role as a member of the Board seriously and want to ensure all students have equal access to a high quality education. 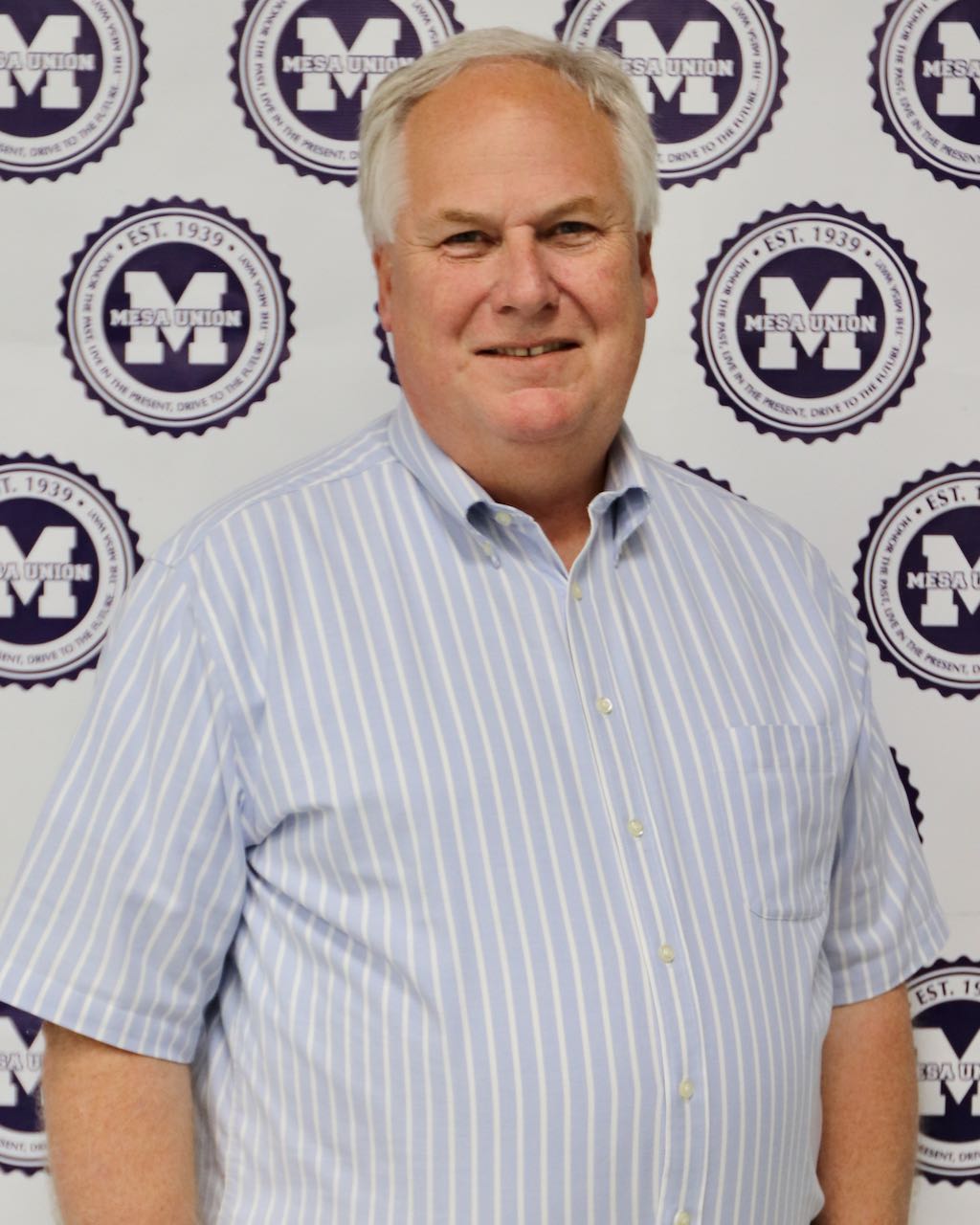 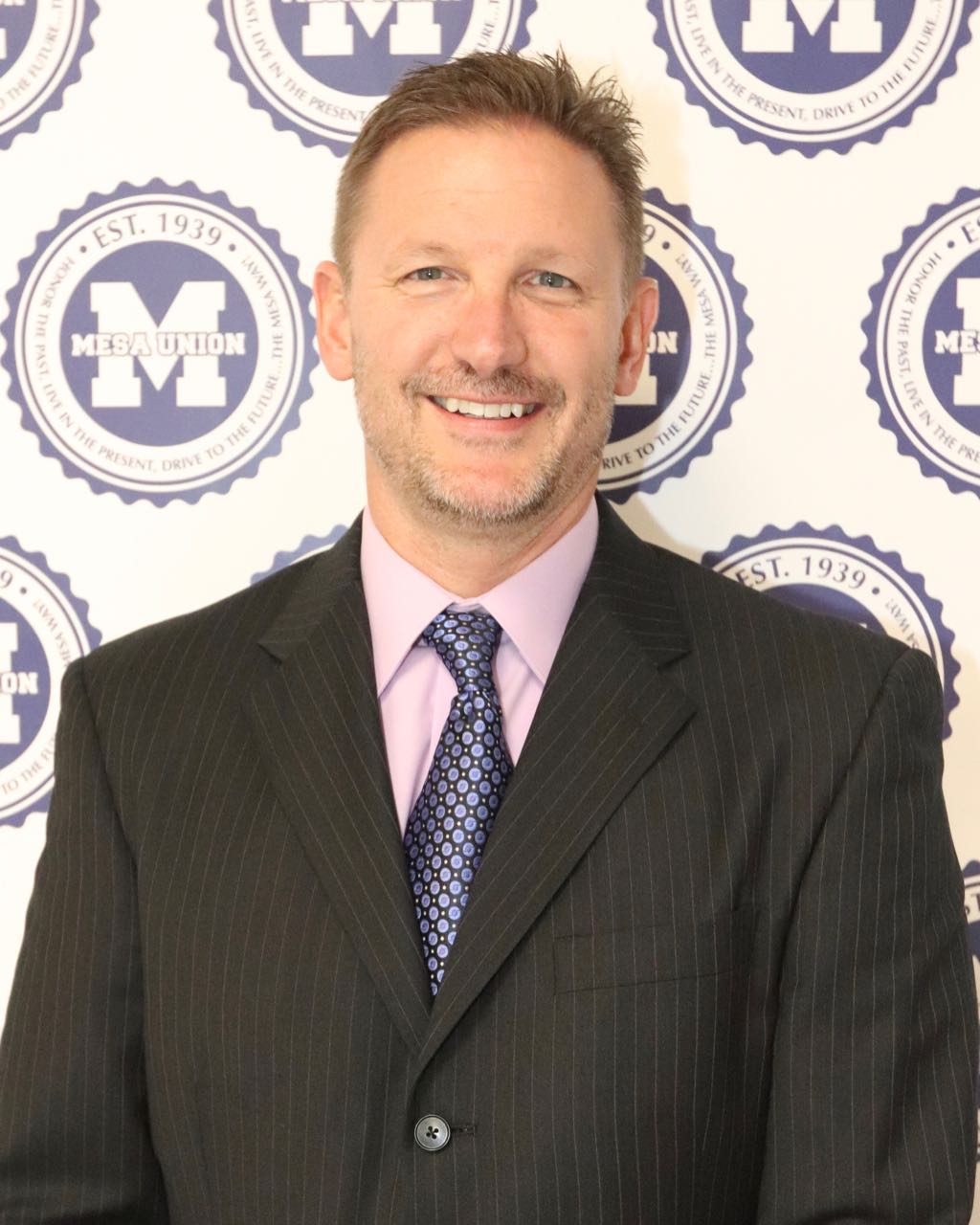 CAREER:Emergency Medicine Physician at Community Memorial Hospital in Ventura, CA for the past 15 years.

ABOUT ME: I was born and raised in Rancho Cordova, CA, a working class suburb of Sacramento. My father is a contractor and my mother was a nurse and later became an elementary school teacher and subsequently a principal. I attended UC Davis where I studied biochemistry and economics. I also competed on the wrestling and lacrosse teams. During this time I developed my interest in medicine while working as a medic in Sacramento.

I attended Medical School at Tulane University in New Orleans on a Naval Scholarship. I served 6 years on active duty and 5 as a reservist. I came to Ventura County in 1998 when I was stationed at Naval Base Port Hueneme with Underwater Construction Team Two. After completing my naval service, I completed my medical training at LA County/USC Medical Center in Emergency Medicine. I have been working at Community Memorial Hospital since 2004 and serve as the Medical Director of the Emergency Department at Ojai Valley Community Hospital.

I volunteer as an AYSO coach in Camarillo and have done several medical missions to Africa and Jamaica. I have had two children graduate from Mesa Union already and currently have two children at Mesa Union. My wife and I enjoy raising our children together, traveling and skiing. I also still find time play ice hockey once a week.

My desire to serve on the Mesa Union School Board stems from my belief that education is paramount to our success as individuals, as a community and as a nation. I want to collaborate with my fellow trusties, the superintendent, principal, staff and parents to ensure all of the children at Mesa Union are afforded an opportunity to learn and succeed at an institution that provides them with a current, relevant, and appropriate curriculum in a safe and non-biased environment. 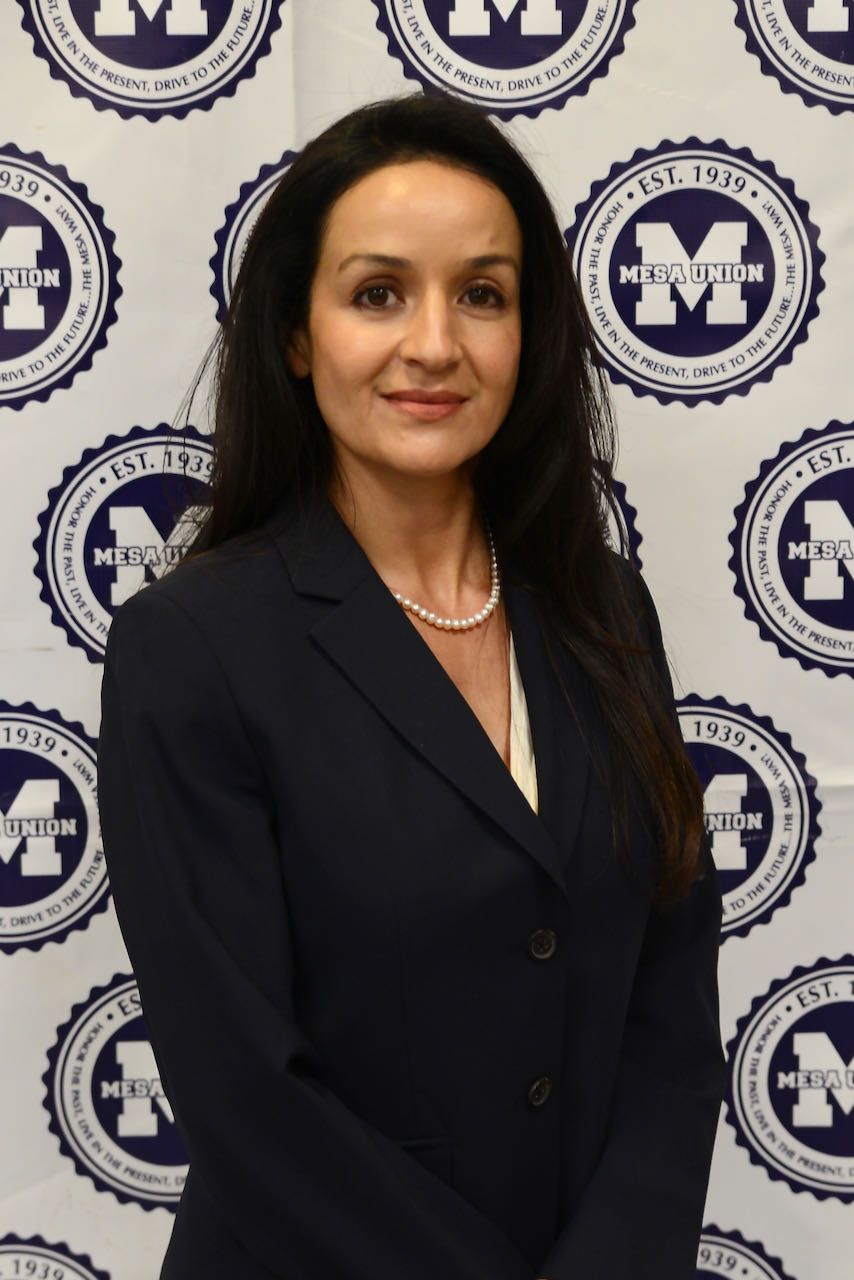